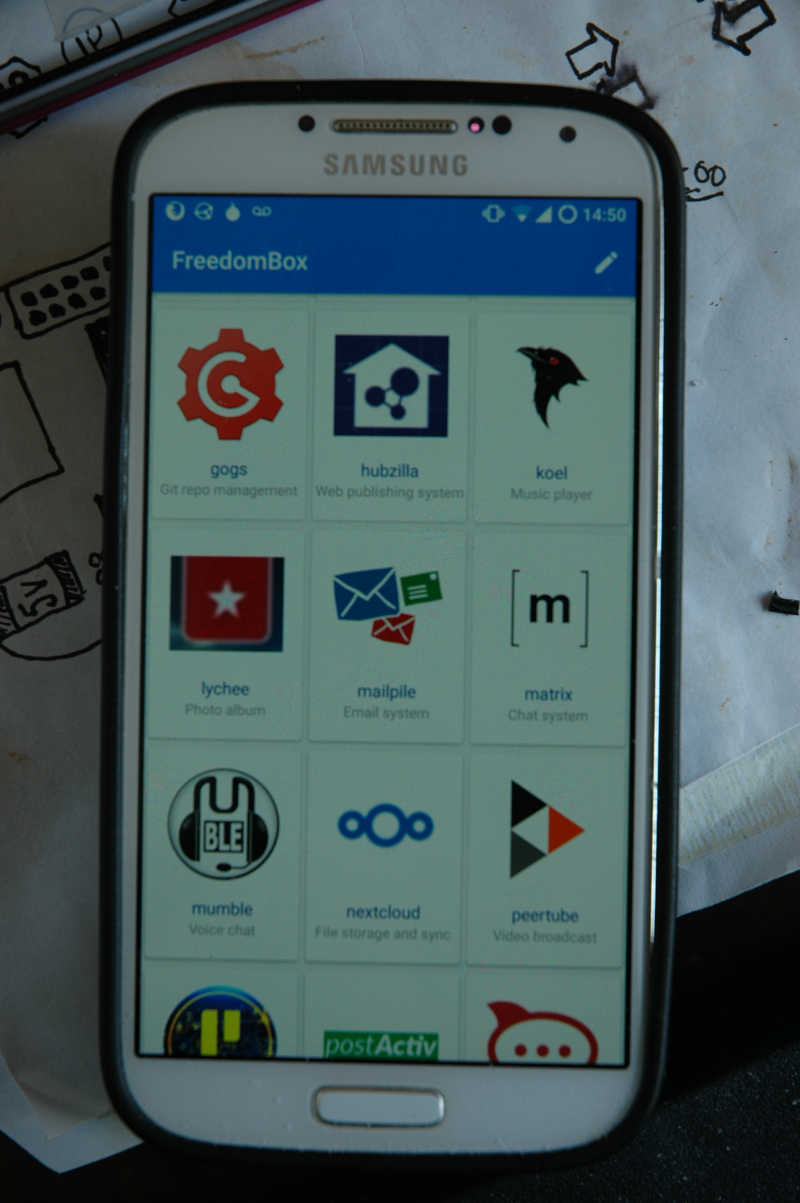 There has been an app on F-droid for the FreedomBox system for a while now and I was wondering whether I could do something similar for the Freedombone project. I didn't know anything about how the FreedomBox app worked, so I assumed it was an Android version of the Plinth user interface and was trying to figure out how the connection between the box and the app worked.

But it later turned out that wasn't what the FreedomBox app was doing at all. It's not a userops app but instead is more of a helper app to make it easy to install and run the client apps needed to work with the box. This is the type of thing which you might tell other members of your household/apartment/dorm/hackspace/commune to install so that they can use the services of the local server. It will guide them to the relevant sections of F-droid or the Play store, or open the relevant apps or web pages.

It was suggested that provided Freedombone can talk the right json protocol then the FreedomBox app would also work with it. This would avoid needing to re-invent the wheel. Communication between the box and the app is one way only, so there aren't any security implications and no credentials or other private information is involved. The most an adversary on your local network could learn is what systems are available on your server.

Some amount of wrangling later I got it working. An additional patch to the app was needed so that web pages for particular Freedombone apps, typically installed onto subdomains, can be opened from the FreedomBox app and that has since been merged upstream.

This makes Freedombone a little more consumer friendly, but the main administration remains only via ssh and so unlike FreedomBox this isn't really a consumer grade system yet. Anyone who has used a Raspberry Pi without a screen should be able to use Freedombone though. I'm not yet decided on whether to go all the way and try to do something equivalent to Plinth. It might be a lot of work, and I'm really not much of a front end developer. If I can find a low maintenance and minimalistic interface which can also be secured then I might give it a go, but I don't want to get distracted into maintaining a giant django app or anything comparable.