Recent testing of the Conversations app with an XMPP server running on the onion-only version of Freedombone revealed that it no longer worked. This was strange because for the first few years of development of the server system I used this as a test case, having messages go back and forth between a phone and a laptop using the onion server and no clearnet.

I think what has happened is that within the last year or so enforcement of TLS within XMPP clients has become stricter and can no longer be easily bypassed or turned off. While LetsEncrypt is a great thing if you're not using the clearnet then the imposition of strict TLS can become a problem leading to bad or in this case broken user experience. It's yet another example of how minority use cases sometimes get disregarded.

The changes needed to get the app working with an onion-only server again are fairly minor but unlikely to be upstreamed. So I've made a fork of Conversations dedicated to messaging using onion addesses, called Dark Messenger. Dark as in darknet or "going dark". Most of the effort was actually just changing the branding to distinguish it from the main Conversations version. You can run the two apps on the same phone without any interference if necessary. 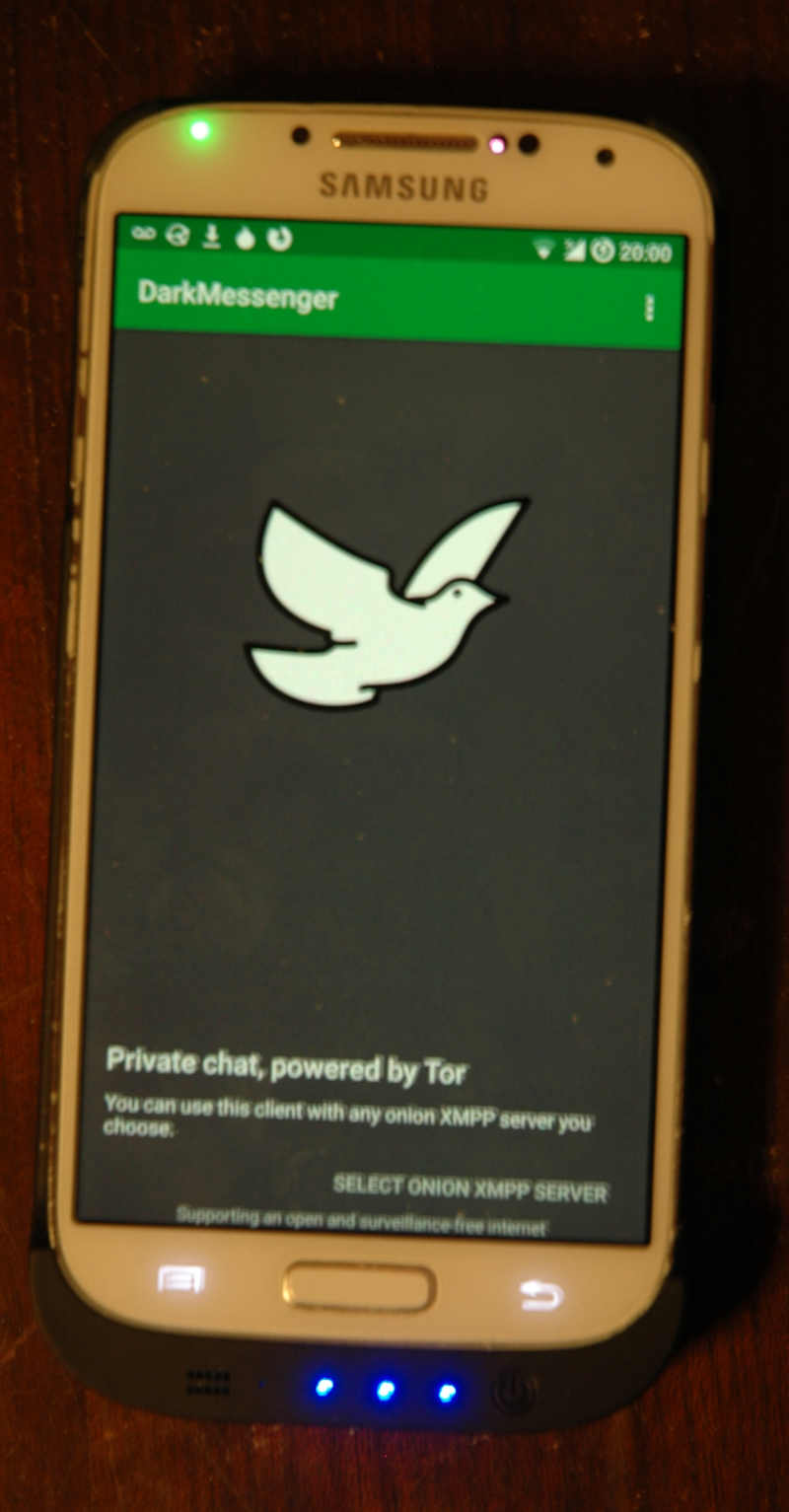 The dove is a CC0 icon and it symbolizes peace and reconcilliation. Also there is the dove in the biblical flood story who brings back the olive leaf as a sign that refuge was close at hand.

Noah then sent forth a dove, which returned the first time without good news; but the second time, she brought an olive leaf in her bill, plucked off, plainly showing that trees, fruit trees, began to appear above water.

Not exactly instant messaging, but a sort of message bringer during times of hardship.

Dark Messenger can be downloaded as an installable apk or as source code from the downloads section and the development repo is here. You won't find it on any app store.

There are various advantages to this kind of setup, and it's hard to accidentally send anything insecurely. In the longer term Briar might become a better option, because it doesn't need any servers.