There have been a lot of bug fixes and features added since 1.0. Now there is support for:

There is also now a dedicated website, although there's not very much on it other than basic instructions. 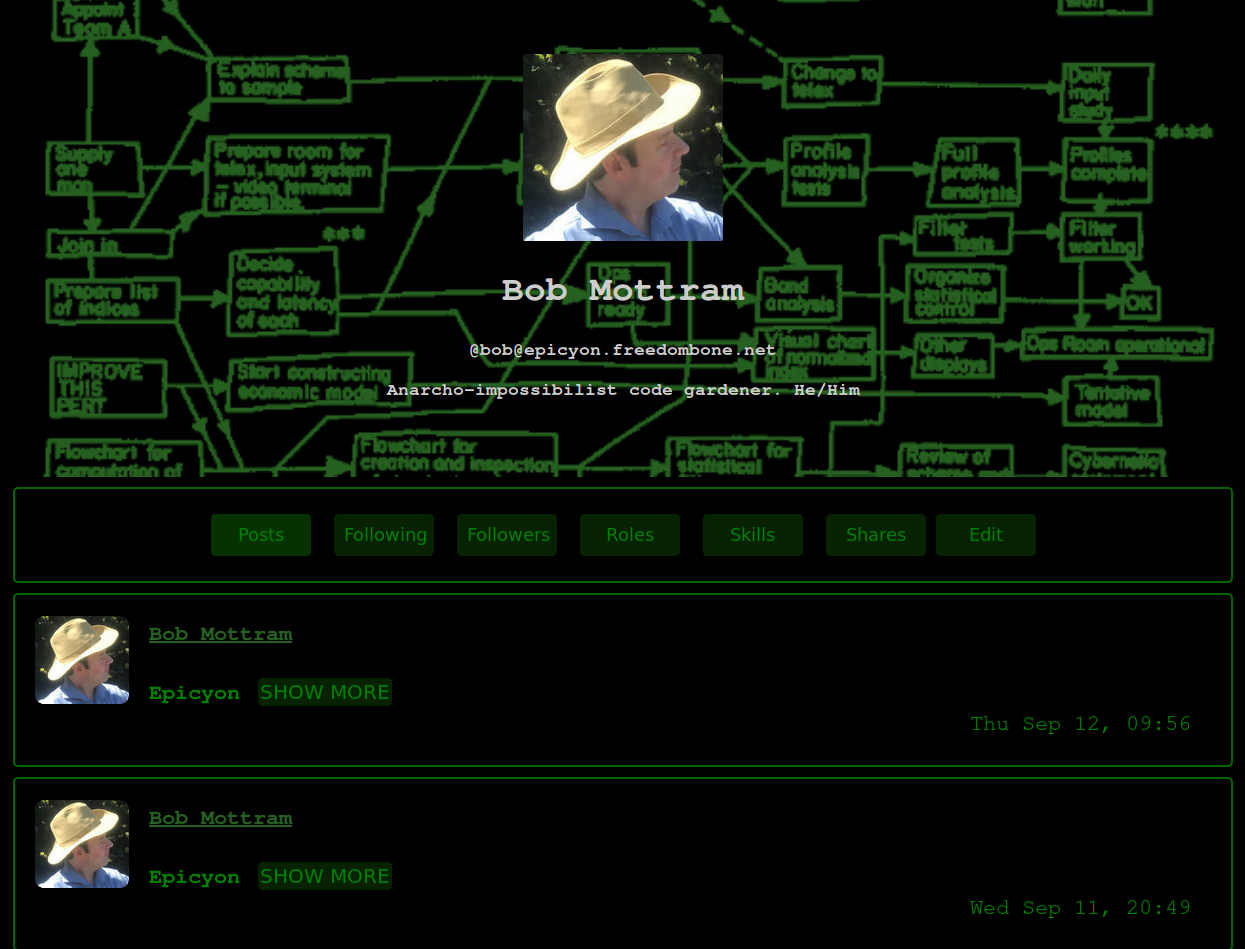 The previous meta refresh on the web interface has been removed and update of the timeline is now a manual button press. This makes the system a lot more suitable for mobile since it doesn't drain the battery. Having a moving timeline was also annoying.

Now only posts by clearly identifiable users appear. That is, URLs with paths that include /users/username or /profile/username. This helps to avoid situations where previously the posts of blocked users could sometimes appear.

There is experimental support for authenticated fetch, which will be in Mastodon version 3. It's off by default, but even if turned on it doesn't make a large difference to the security because if you're not authenticated and not an approved follower then you already only get a limited preview of public posts and follows, and not the entire social graph. This kind of arrangement should limit the usefulness of the data to marketers and surveillance capitalists.

I notice that Mastodon is adding hashtag trends in version 3, but I have no plans to implement that in Epicyon. In my opinion trending or going viral are antithetical to the kinds of communities we ought to be trying to encourage. They're artificial incentives which tend to result in dysfunctional behavior and dubious economies, as seen on Twitter.