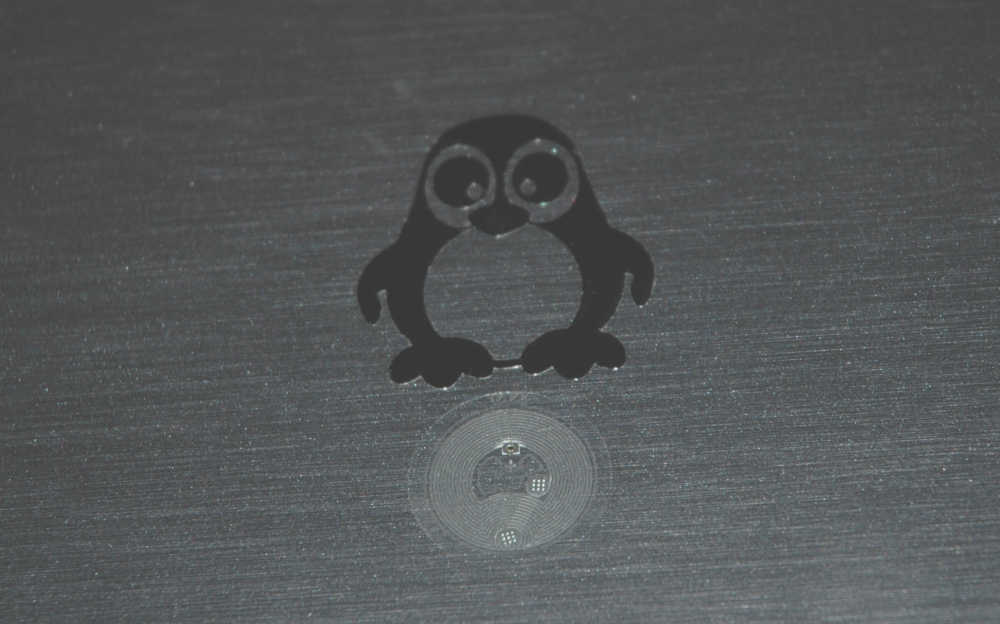 I think NFC (near field communication) is now quite a common feature on mobile phones. It's the thing where you need to be in physical contact, or within a couple of millimetres, to read the code. Similar to RFID, but with more data storage capacity.

I've been using an elliptic curve PGP/GPG key since last year and the size of the keys is much smaller than the RSA ones I used to use in the olden days. So I was wondering whether I could get the exported public key onto an NFC tag as another way of doing face-to-face key signing events. The traditional PGP key signing protocol involves a ceremony including tea and sometimes cake and government ID documents and key fingerprints printed out on tiny slivers of paper. You're then supposed to download the public key from a keyserver, check that the paper fingerprint matches and sign it. It's all a bit cumbersome and tedious (well, apart from the cake), and it's for those sorts of reasons why PGP never gained much popularity.

The largest type of NFC tag currently available can store 888 bytes of data. An elliptic curve public key exported from GPG is 640 bytes. So you can get the public key, plus some extra text such as name and email address, onto a single tag. Even though these are high end by NFC standards if you buy them as stickers then they're really cheap.

So I made a few of these and stuck them on my laptop and the back of my phone above the internal NFC sensor so that they don't conflict. If other people did the same then just tapping phones together would be enough to do the exchange. Far simpler than the established procedure.

If proper verification of encryption keys is to go mainstream then it needs to be something like this which is extremely simple and quick to do, and doesn't necessarily involve third parties like keyservers. The other obvious way to do it is with QR codes. I also experimented with doing it that way and it's entirely feasible to store an elliptic curve public key within a QR code and have it readable with a phone camera.