Mastodon has a feature which enables you to verify that a website in your profile belongs to you, and I've now added the same capability for website and blog links in Epicyon. 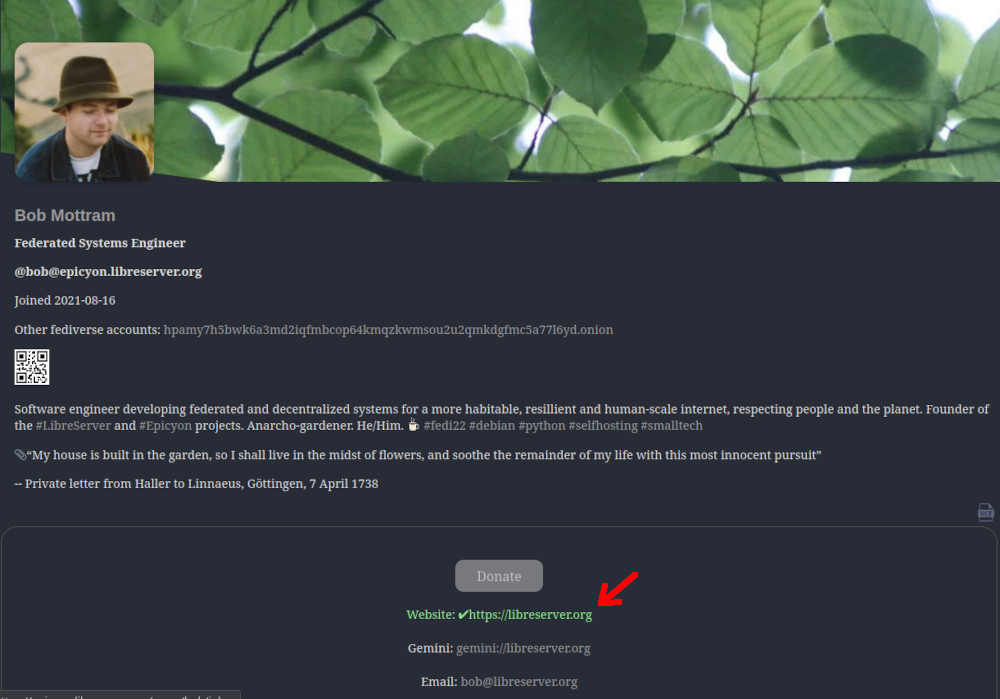 So if the website contains a rel="me" link back to your profile screen then they both reference each other and the link turns green.

The current exodus from Twitter, driven by the hubris of its new owner, is probably the biggest so far. I expect that what he's doing is to knock the thing down to then rebuild it in his own image. For the first time I noticed Mastodon being talked about on the BBC news, and not just as a passing mention but as a segment a few minutes long where the presenter described roughly what it is and how it works. That's a level of promotion which the fediverse has never had previously.

If Musk's plans for Twitter turn out to be unpopular then there is a realistic chance that in the next few years the fediverse will become much more mainstream. Epicyon is written in such a way that even if were billions of active users in the wider fediverse you would still be mostly interacting only with the people that you are following. So you can keep the cosy small world feel even if the network is expansive.