At the beginning of each new year I update the tempgraph data set to get the full data for the previous year. The overall picture of climate change is grim. For a while it was looking like the rate of temperature increase was slowing, but now it's evident that's not the case. 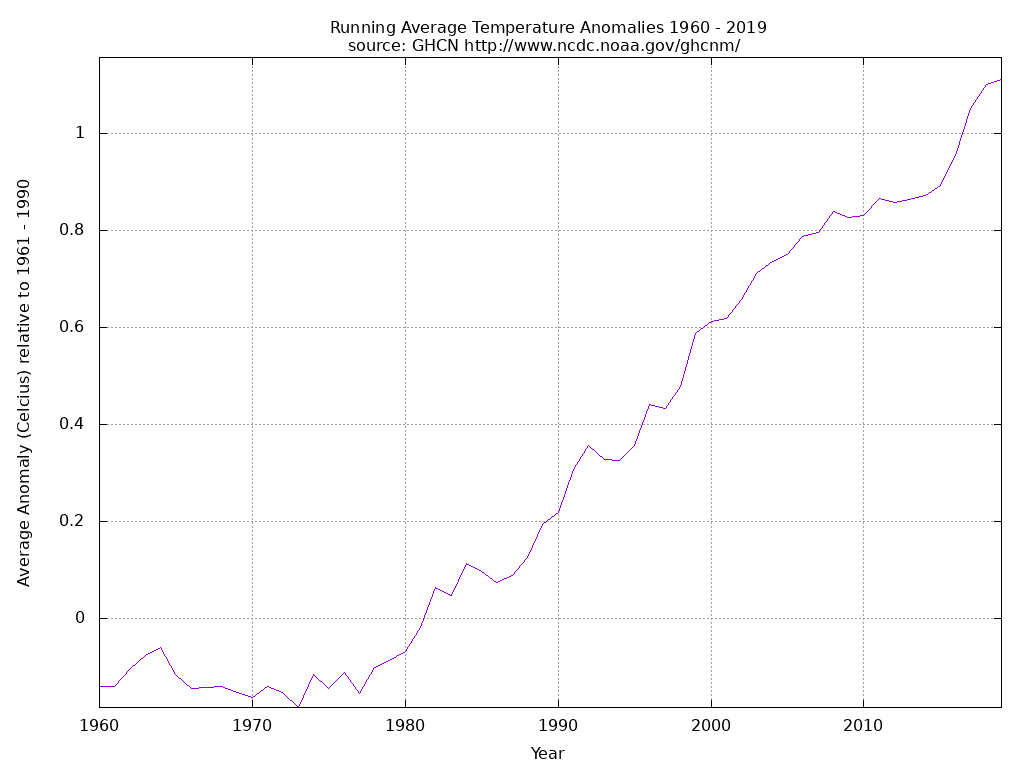 The slowing of the rate of increase correlates with the beginning of The Great Recession in 2008, then after about 2015 temperatures rise again. In the last 40 years average temperatures have risen by over one degree. If nothing changes then we can expect to be past two degrees by 2060 and at that point it's probably game over for human civilization as we know it. If there are positive feedback effects it could happen sooner. Two degrees might not sound like much, but these are averages and in a system as big as the planet it takes gigantic forces to move the average up or down.