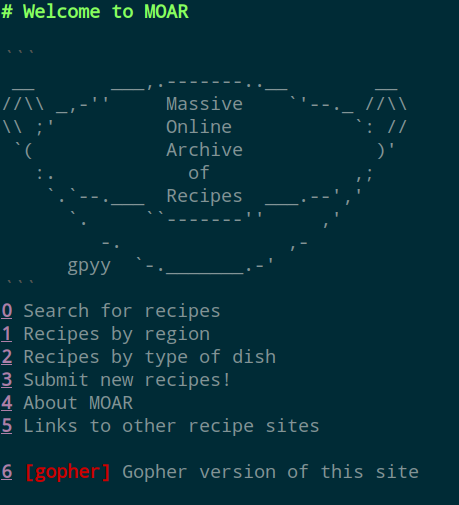 The gemini app had been removed from the onion version of LibreServer, not because the server side didn't work but because I couldn't find any gemini clients which were capable of running over Tor.

But recently I found a client which does work through a Tor proxy, called Leo. It needed some bug fixes and command aliases to make navigating easier and this modified version has now been included within the LibreServer gemini app. So gemini is now back in the onion version again.

I doubt that the gemini protocol will take over the world, but it has its niche as a simple "no frills" online documents system which is much easier to learn than HTML. Because it's so simple and because it also has transport security it's likely to be a lot more difficult for adversaries to attack. The small size in terms of lines of code also makes it suitable for use in education, since you can read the entire codebase in a small amount of time.